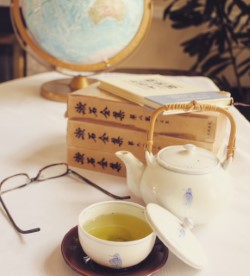 In Japanese, each month has an ancient name and December is called “shiwasu＝師走.” The first letter 師 means “monk, teacher and master” and the second letter 走 means “to run.”
In ancient Japan, the monks and teachers were highly ranked and admired by regular people. Usually, they would be wise, calm and serene.
But toward the end of the year, everybody becomes busy. The monks and teachers are no exceptions. So the anciant people in Japan named the last month of the year “shiwasu,” that means even the masters would run.
Now we are near the end of shiwasu. Everyone must be busy, running around! Take a moment to make some tea and relax!